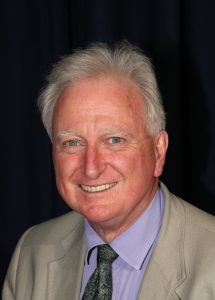 Graeme Humphrey has been a teacher of piano all his professional life, both at the Royal Academy of Music for thirty-six years from 1974 – 2010, and privately. He has also been very actively involved in festival adjudicating and examining – work which has taken him to Hong Kong, Malaysia, Singapore, Indonesia, Italy, Germany, New Zealand, Australia, France, Sabah, Sri Lanka, Japan, Thailand and Ghana.

He was awarded an Associated Board Scholarship on the piano from New Zealand to study at the Royal Academy of Music. He regularly teaches in Hong Kong, and was external examiner at National Academy of Fine Arts in Singapore from 2009 – 2011. He has given classes at both the Academy of Performing Arts in Hong Kong and the National Academy of Fine Arts in Singapore. In 1988 he founded the Blackheath Music Festival in London. From 1993 – 2010 he tutored at the Shrewsbury International Summer School and was Music Director of the Summer School from 2004 – 2010. In 1997 he was elected Warden of the Private Teachers’ Section of the Incorporated Society of Musicians, and in 2002 was elected President of the Royal Academy of Music Club. He has recently been involved in the selecting and editing of a major new piano duet project that is republishing long out-of-print beginner and intermediate level duet material, primarily for the pupil/teacher. This can be seen at www.fourhandsplus.com Graeme Humphrey is an adjudicator member of the British and International Federation of Festivals and in 2013 was made a Fellow of British and International Federation of Festivals.

Search for a Course